Anyone who has spent years working in the health and medical field has lived to see many accepted practices turn on their heads. There are countless examples of policy reversals. In fact, some medical researchers claim that nearly half of all medical practices may be in error, meaning they are not always “evidence-based.” Medical reversal is a term referring to situations where current practice is found to be no better than placebo in well-designed clinical trials. In reproductive and women’s health, we have seen at least five significant reversals in the past few decades:

In this spirit of renewed scientific inquiry, the following article revisits evidence for the oldest method of human contraception, the withdrawal or pull-out method. It will summarize the research about what we know about semen, pre-cum with semen, and the efficacy of withdrawal. We will see how medical and cultural attitudes have shaped medical practice. We will see how and why this method has been delegitimized for more than fifty years by health professionals. The goal of re-examining the science and research evidence is to help our clients make informed choices about their sexual health and behavior.

In an era in which more and more people oppose hormonal contraception, it behooves us to examine our attitudes and assumptions towards a method that might be safer and more effective than previously thought.

** Research references and other articles are included within the blue hyperlinks. 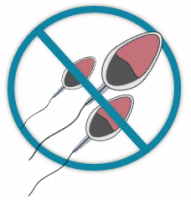 The scrotum is designed to enable temperature regulation and allow optimal conditions for producing sperm and allowing for its maturation and retention in the scrotum and the testicles. A supportive environment means 0.37 degrees (Celsius) lower than the rest of the body. When body heat changes, the scrotum shrinks and knows automatically how to regulate its temperature. If the out-of-body temperature is particularly cold, the testicles shrink and move closer to the body. When body temperature is high, for instance during sexual arousal, the testicles are pulled away from the body. This mechanism regulates the scrotal thermostat and continuously maintains the necessary temperature for the production and development of sperm.

Pre-ejaculate fluid (PEF) is a natural substance that is discharged (not produced) from the penis during sexual arousal, usually before orgasm and ejaculation. The liquid also serves as a natural lubricant during intercourse. Although PEF comes from the Cowper’s gland (unlike the semen that comes from the testicles), it may contain traces of live sperm. But it is doubtful that this could lead to pregnancy. Some researchers believe that this is a “cross-contamination” from semen residue that may remain in the urethra from a previous sexual encounter since both the PEF and the seminal fluid pass through the urethra.

Although the chance of pregnancy is relatively low, official figures claim that 22 percent of people who use the method may experience pregnancy at some point (CDC).

Since these findings are way too contradictory, it makes sense that professionals have generally advised people to take the conservative approach, and distrust the method.

The “branding” of stigma

In the 1930s (USA), the cultural attitude towards withdrawal as unreliable was generally promoted by physicians and medical textbooks. Fast forward thirty years and this assumption was reinforced by Masters and Johnson, in their landmark book Human Sexual Response which was the bible text on human sexuality for several decades. In their book, the authors claimed that there are ‘large numbers of active spermatozoa in the pre-ejaculatory secretion’. However, they were unable to produce any data to substantiate that claim (Masters & Johnson, 1966).

The following is a summary of the meager research literature which attempts to clarify the presence of semen in pre-cum, (and to use this information to assess the risks in using withdrawal as contraception).

Withdrawal is the oldest method of contraception in human history and also the most common, natural, and accessible. In the Western world, many contraceptive user surveys show that when people report that they are not using any contraceptive method, they are in fact using the withdrawal strategy. And yet the stigma of “pulling-out” is so culturally embedded that it is not perceived as a legitimate contraceptive method! It is indeed surprising that in the nearly 150 years of human fertility research so little attention has been directed towards clarifying the efficacy of this approach. While one can find over 5 million internet links about sperm survival inside a woman’s body, there are almost no links about sperm survival in a man’s body. The answer seems obvious enough. It is likely because research on this method does not translate into economic gain for anyone, namely the pharmaceutical industry.

The prevailing approach supports the fact that the statistical efficacy of withdrawal is similar to that of the condom (Perfect use is 96-97% and actual use is 80-85%). Therefore there is no reason to disregard one method over the other.

Some organizations (IPPF, PP) suggest that withdrawal can be effective in preventing pregnancy- in fact, withdrawal or pulling out is very close in efficacy to the condom (CDC) and even though the condom is far from being close to 100% effective, it is never disregarded as a viable option.

Regarding pre-cum and its fertility potential, it is worth noting that the current standard set by the W.H.O considers 15 million sperm per ml- as the lowest reference limit for sperm being able to fertilize an egg. Therefore, the risk of pregnancy from pre-cum is minuscule. Researchers who have been developing and testing male birth control methods since the 1970’s- seem to concur that a man’s sperm count doesn’t need to be lowered to zero—a count of around 1 million sperm per milliliter of ejaculate is low enough to count as contraception because statistically, none of those 1 million sperm will reach the egg.

Lastly, it is surprising to learn that none of the studies mention the temperature factor. Sperm cannot survive very long inside the male reproductive tract because it is too warm. The testicles are designed to stay at about 35 degrees Celsius (95 degrees Fahrenheit), which is a few degrees lower than average body temperature. If testicle temperature rises above that, sperm are damaged and immobilized. It is not a coincidence that male reproductive anatomy is completely external to the body and that is what explains why it takes virtually seconds from the time sperm leave the testicle until the time of ejaculation through the urethra/penis. Additionally, we know that during the fertile days of the menstrual cycle, basal body temperature is lower than for all other days of the cycle. This could indeed explain an evolutionary mechanism by which sperm can survive for 3-5 days in a woman’s body.

In conclusion, the withdrawal method is safe, relatively effective, has no harmful side effects, and does not require a doctor’s prescription.

The following guidelines are recommended only for couples who can comply with the conditions and rules: